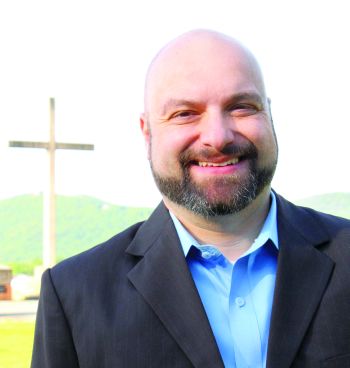 Born on August 25, 1970, Emir Fethi Caner grew up in the Columbus, Ohio, area in a Sunni Muslim family, the son of an Islamic leader. As a young teenager, he came to faith in Jesus Christ at a revival service at the Stelzer Road Baptist Church.

Dr. Caner served as pastor and in staff positions in churches in Ohio, North Carolina, Virginia and Texas for a decade before entering higher education . From 1999 to 2004 he was Assistant Professor of Church History and Anabaptist Studies at Southeastern Baptist Theological Seminary and during the 2004-2005 academic year, he served as the seminary’s Associate Dean of Southeastern College at Wake Forest as well.

In 2005 he became the founding Dean of The College at Southwestern, Director of the Center for Free Church Studies and Professor of History at Southwestern Baptist Theological Seminary in Fort Worth, Texas, and remained there until he accepted the call of Truett McConnell University to become its eighth president in August 2008.

A prolific writer, Dr. Caner has written or contributed to 21 books about various topics, including Islam, persecution, religious liberty, ecclesiology, Baptist history, and apologetics. Unveiling Islam, which received the Gold Medallion Book of the Year award, has sold nearly 200,000 copies, while More Than a Prophet was a finalist for Book of the Year in Evangelism for Outreach magazine.

He is in demand nationally and internationally as a speaker and as a participant in television and radio programs. On a mission trip to the Czech Republic in 2000, he met Hana Titerova, daughter of the General Secretary of the Czech Baptist Union in Prague. They were married later that year; they are the parents of three children.