As I write this article we are just a few weeks away from another election.  This has probably been one of the most unusual elections I can ever remember.  Frankly there are two candidates running that are not a good choice for the office of President of the United States of America.  Therefore, I understand the sentiment of some saying that they are going to sit this election out because there is no one good for which to vote.  While I understand the sentiment I do not agree with the logic.  Let me explain why.

We must consider that we will give an account and by not voting we are actually working in favor of the party that least reflects our values.

The next president will have the opportunity to name possibly 3 or so Supreme Court justices and there are at least two issues that should be toward the top of our list when we consider this daunting reality.  Which party will likely fight for our religious freedom the most and which party will likely fight for the lives of unborn children.  I sincerely believe God will hold us accountable for the lives of those unborn children when we cast a vote knowing with certainty that one party is heavily in favor of abortion.  We must consider that we will give an account and by not voting we are actually working in favor of the party that least reflects our values.  I also don’t want to see a time in my life when we don’t have the freedom to worship as we choose and when we are told that we can’t preach the truth of God’s Word.  In light of those two issues I want to encourage you to get out and vote.

More than that I want to encourage you with this reality, no matter what happens with this election on November 8th, when we wake up on November 9th God will still be on the throne and His will is going to be done.  No one will win this election unless God allows it and no matter who the next President is God will still be in authority over them.  Regardless of who wins the election I will not wake up with peace because of the outcome, I will wake up with peace November the 9th because I know God is still in charge and I belong to Him.

Pray for our country and pray for God’s will to be done!  Pray that God will give you the strength to trust Him no matter what happens.  Pray that God will burden our hearts over the lost around us and make us more concerned about people’s eternity than we are about what party is in the White House.  People are dying and going to hell from Gilmer County and we need to work to make it hard, real hard, for people to get to hell from here.  In other words we need to saturate our county with the power of the Gospel of Jesus Christ and we can if we will simply be obedient to His call on our lives. 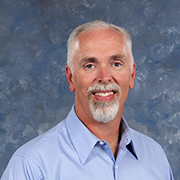 In His Amazing Grace,