When Anna and I were in Romania we held Bible clubs in a few remote farming villages. In one of the villages the deacon of the little church was a sheep farmer, and one day while talking with him he told me a story of a wolf attack. His lead shepherd was staying out in the fields with the sheep while they were sleeping, and the shepherd was lying down in the field as well. He was alarmed in the middle of the night by his dogs, only to find a wolf latching onto his arm (he showed me the scars). The pack of wolves had crept into the camp and attacked all at once. Fortunately he was able to free himself from the jaws of the wolf, and with the aid of several very large sheep dogs defended off the wolves from the attack.

Sheep need a shepherd to guide them and protect them from danger, they are also defenseless and are prone to get into trouble without a shepherd; they sound a lot like people if you think about it. In one of Jesus’ iconic “I Am” statements, He refers to Himself as the “Good Shepherd”. He is contrasting Himself to the shepherds that do not love the sheep and are not willing to put themselves in harm’s way for them, and when self-sacrifice is needed the sheep are readily abandoned. The Good Shepherd not only guides His sheep, but willingly sacrificed Himself for them, because He wants what is best for them and to protect them. As we move forward in the year 2021, my prayer is that we will submit and listen to the voice of our Good Shepherd so that we may find nourishment and protection, and that He may lead us in the paths of righteousness. Trust the one who sacrificed Himself for us all! 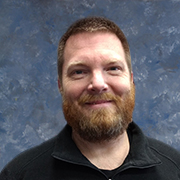