As I write this article, I learned earlier today that the Supreme Court stood with Joseph Kennedy, a former part-time assistant football coach in Washington state. You see, Kennedy had the nerve to kneel and pray on the field after football games. Kennedy is, of course, a Christian and apparently, he was open about his faith. I am grateful for a Supreme Court (at least some justices) that understand the intent of our founding fathers. They were not trying to keep the church out of the state but rather to keep the state out of the church.

“Congress shall make no law  respecting an establishment  of religion or prohibiting the  free exercise thereof.”

It really isn’t very complicated, the first amendment protects the right to practice your faith, whether Christian or not, and restricts the government from trying to establish a state religion. Our current Supreme Court is applying the law rather than twisting or tweaking the law to suit an agenda.

On Friday June 24th, 2022, the Supreme Court sided with human life. The Supreme Court struck down Roe v. Wade and gave the right back to the states to decide whether or not abortions would be legal. In other words, some states will still make abortions legal, currently GA has a heartbeat law that prohibits an abortion once there is a heartbeat. I pray that our state doesn’t take a step backwards and we need to pray that voters in our state will support candidates that stand for the sanctity of human life.

We need to pray for these justices that they will continue to have the courage to make decisions that honor God and protect human life. We also need to pray for their safety because sadly there are far too many people in this country that can’t handle someone with a different view than theirs. There are also those in our country that are seeking to divide us as much as possible.

More than anything we need to pray for God to send revival to this land. It is not too late, but it will certainly take the hand of God moving in a powerful way to turn our hearts toward Him. Thank God for the good we see happening while praying for hearts to be turned to Him and away from evil. 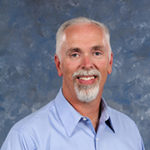 In His Amazing Grace,
Dan